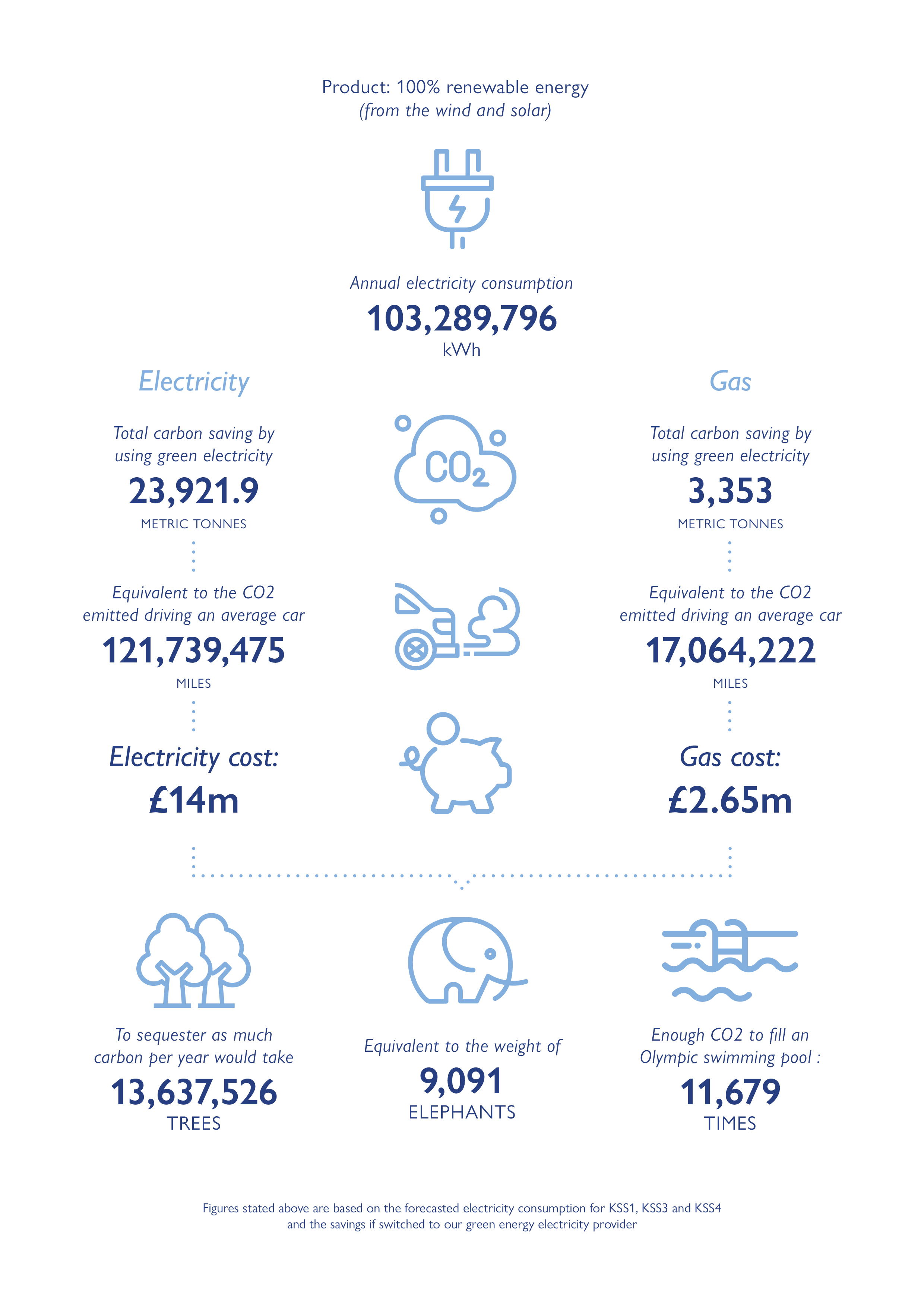 Britain’s greenest energy provider will supply over £14 million of renewable electricity to 93% of the communal areas of the 80,000 homes managed by Rendall & Rittner over the next 12 months. It will also supply almost £2.65 million worth of gas to the communal areas of the residential developments. Together the gas and electricity represent a saving of over 27,000 metric tonnes of carbon compared to using energy from non-renewable sources – this is the equivalent to the amount of carbon emitted by driving 138 million miles in an average car.

The UK set a new record for renewable energy this year, demonstrating Britain’s growing demand for greener electricity. Renewable energy made up 47% of Britain’s electricity generation in the first quarter of 2020[1], including wind, solar and hydro power. With green energy supply on the increase, it is up to users and those in charge of procurement to make choices that benefit the environment. For Rendall & Rittner acting in an environmentally responsible manner is a high priority and also makes good business sense.

Our partnership with Ecotricity means that 93% of our properties are supplied with completely renewable electricity and the communal areas of the developments have a carbon neutral gas supply. Crucially this type of bulk procurement deal also means we can offer excellent value to residents and leaseholders by buying our utilities at the best price. We are committed to making all of our properties as environmentally friendly as possible as well as helping our residents make greener choices.

The world’s first green energy supplier, Ecotricity was founded in 1995 by Dale Vince. The electricity it supplies is 100% green and made from the wind and sun. Much of its gas is produced by green gasmills which make biogas from grass, and for the remainder, any carbon emissions are offset.  The company produces around a fifth of it itself and the rest it buys from other green generators. Ecotricity is the only energy company recognised by the Vegan Society for generating vegan electricity. The company has the lowest carbon cost per customer in the UK and aims to be carbon neutral by 2025.

Paul Sands, Growth Director, Ecotricity, said: “Switching to green energy is one of the easiest ways for businesses and homes to reduce their carbon footprint and impact on the planet, by helping keep fossil fuels in the ground where they belong.  We’re proud of our relationship with Rendall & Rittner and pleased to add our carbon-neutralised gas supply into the mix for the year ahead. With Rendall & Rittner’s support we’re helping to build a greener Britain.”

Back to the floor with founders Duncan Rendall and Matt Rittner

Through our ‘Back to the Floor’ initiative, our directors and senior management team get a chance to experience at first-hand what it is like to work in various roles around the company. This really helps staff and management work more closely together and ensure Rendall & Rittner maintains its high standards of service.

Ready to get going?

For all management or consultancy enquiries:

If you have a new management or consultancy enquiry please complete the form below and submit. If you are a resident of our managed buildings please visit our residents page here.

Our dedicated team will contact you shortly after receipt of your enquiry.